In radio communication, an omnidirectional antenna is a class of antenna which radiates radio wave power uniformly in all directions in one plane, with the radiated power decreasing with elevation angle above or below the plane, dropping to zero on the antenna's axis. This radiation pattern is often described as "doughnut shaped". Note that this is different from an isotropic antenna, which radiates equal power in all directions and has a "spherical" radiation pattern. Omnidirectional antennas oriented vertically are widely used for nondirectional antennas on the surface of the Earth because they radiate equally in all horizontal directions, while the power radiated drops off with elevation angle so little radio energy is aimed into the sky or down toward the earth and wasted. Omnidirectional antennas are widely used for radio broadcasting antennas, and in mobile devices that use radio such as cell phones, FM radios, walkie-talkies, wireless computer networks, cordless phones, GPS as well as for base stations that communicate with mobile radios, such as police and taxi dispatchers and aircraft communications.

Matching a satellite network to your needs 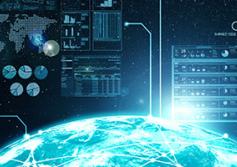 Lets start on your journey to find the ideal satellite network. Start by reviewing the "Mobile Satellite World" article Here. Each network has it's unique personality so lets review them. Inmarsat Inmarsat is a geostationary network and based on the distance to the satellite, requires a higher gain antenna as well as a larger antenna. Also, there has been limited outside M2M development and integration of Inmarsat technology because of the...
More